Over the last few months I came across the term “Big Data” very often. It’s certainly a new technology trend, now becoming more and more popular. Big Data is defined as the real time collection, analyses, and visualization of vast amounts of information.

It seems that we are facing a revolution bigger than the Internet, that will have an incredible impact on humanity as it will measure and understand aspects of our existence in ways never before possible.

Last night I saw The Human Face of Big Data at Transition Film Festival in Melbourne, a documentary that explores the potential of “Big Data”. Every day we generate an enourmous quantity of electronic information and in the near future every object will be generating data, including our homes, cars, bodies. In this ocean of data there’s a picture of us: what we buy, what we say, where we live, where we go. Our lives today are being recorded and stored forever.

According to Big Data proponents we’re part of a big revolution where we’re acting to change the world we live. Data scientists actually believe the information we generate contain keys to solving our big and small problems such as health disease, social injustice, saving the planet.

The way Big Data will change the world seems to represent a new era, but will our lives also be manipulated by this further exposure to technological devices ?

Sandy Smolan, film writer and director, actually gives us not just one point of view: “what can be used for good can also be used for evil,” and the documentary explores how Big Data can also invade individual privacy, control people, and attack freedom.

We could now get lost in philosophical discussions on the way we live today and the way we are controlled by technology, but the biggest challenges with Big Data are not technological but human.

If we are conscious of what we are and what we want, Big Data can help us to make it a reality. We can actually control technology to improve our life and not just be controlled by it.

What is not clear in my opinion is how exactly those data are analysed. Maybe a documentary can not give these answers but The Human Face of Big data certainly captures the potential and dangers of this revolution.

The Human Face of Big Data documentary won the best cinematography award for a documentary at the Boston International Film Festival. 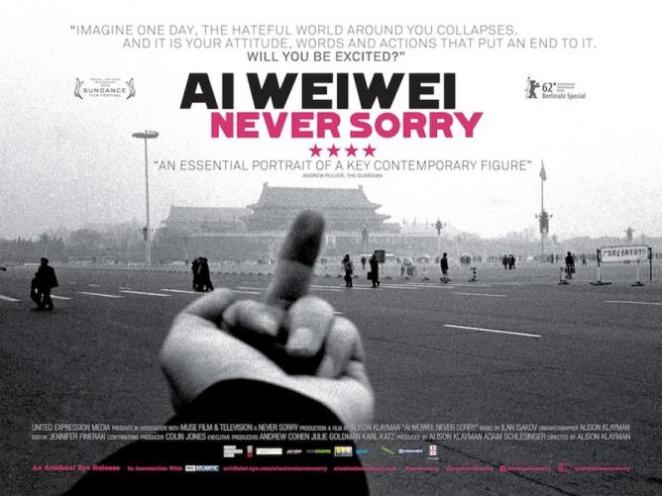 Ai Weiwei is perhaps China most famous contemporary artist. His works have been exhibited in galleries across the world and he has quickly garnered a huge following that elevated him to what could be described almost as a rock-star status in the West. His outspoken views on Chinese politics are embodied in all of his works and in the public “persona” that he has carefully constructed through a strategic use of social media. But while we might be acquainted with him as an artist and public figure, what do we really know about the man who in 2011 paid for his dissent with the demolition of his studio by the Chinese government and three months of detention?

END_OF_DOCUMENT_TOKEN_TO_BE_REPLACED

It’s possibile to destroy a country but it’s impossible to destroy its soul.
Music can tell about the soul of a country and this is what happens in Don’t think I’ve forgotten.

I discovered amazing Cambodian’s rock and roll thanks to The Cambodian Space Project, a remarkable music band which “covers and preserves songs from the ‘golden age’ of 60s Cambodian pop but also write their own dazzlingly original Khmer psychedelic rock”. I’ve seen them in Melbourne several times. They are fantastic on stage, able to give the public all the energy Cambodia’s rock and roll has. “They’ve now toured all over the world, from Texas to the End of the Road, but the shows they talk of with most pride are the ones they play in remote villages across Cambodia”.

My new passion for this group brought me to see Don’t think I’ve forgotten at MIFF last year. It has been a touching, remarkable and sad discovery.

Directed by John Pirozzi, the documentary unearths the history of the Cambodian rock ‘n’ roll scene born during the 60s and 70s, a unique genre of music brutally destroyed and buried by the Khmer Rouge regime.

“What was happening here was totally unique,” Mr. Pirozzi said. “They figured out a way of bringing in the modern world without losing traditional elements…to create something so unique.” (cambodiadaily).

Cambodian musicians took rock influences from America, England and France and added the unique melodies and hypnotic rhythms of their traditional music. The result was incredible and an entire country was captured by the music. Great musicians apparead and a sense of innovation came over Cambodia… until the country was moving to war.

Suddenly Prince Sihanouk joined forces with the Khmer Rouge and rallied the rural population to take up arms against the government that deposed him. The Cambodian military, with American military support, waged a war that involved a massive aerial bombing campaign on the countryside. In the end, after winning the civil war, the Khmer Rouge turned their deadly focus to the culture of Cambodia.

Under the Khmer Rouge regime of 1975 to 1979, musicians were subjected to the most extreme form of censorship—death. Records were gathered up and destroyed, and the musicians that produced them killed.

“All traces of modernity and Western influence were attacked and wiped out. Intellectuals, artists and musicians were specifically and systematically targeted and eliminated”. (dtifcambodia)

It’s incredible how art and music can frigthen the most brutal tyrants. A country that was swarming about music, intellectual fervour, incredible female vocalists, crawling enthusiasm was victim of one of the most brutal genocides in history, killing an estimated two million people, a quarter of the Cambodian population.

Don’t think I’ve forgotten brings us back to the ’60s and ’70s, when music really reflected the times and Cambodians. Those times are indelible and always will be part of Cambodia’s soul.

Here’s a list of the upcoming screenings around the world.

Today I would like to talk about one of the documentaries that immediately captured me when I first saw it at MIFF 2014: Tomorrow we disappear.

I have to thank the directors Jimmy Goldblum and Adam Weber for this incredible and valuable documentary that brings us in a culture otherwise unknown to many people. The importance of this story is written on years of traditions, families and street artists that today risk to be razed.

The documentary follows a colony of artists in New Delhi called the Kathputil, where the tradition of street art is taught to children and passed down from generation to generation. The social context of the Kathputil is marked by poverty but watching their eyes what makes sense to their life is their art… their memories living in their houses, the colours of their objects, the streets walked by their ancestors, the puppets created by their parents and grandfathers. Every single details is full of importance.

END_OF_DOCUMENT_TOKEN_TO_BE_REPLACED 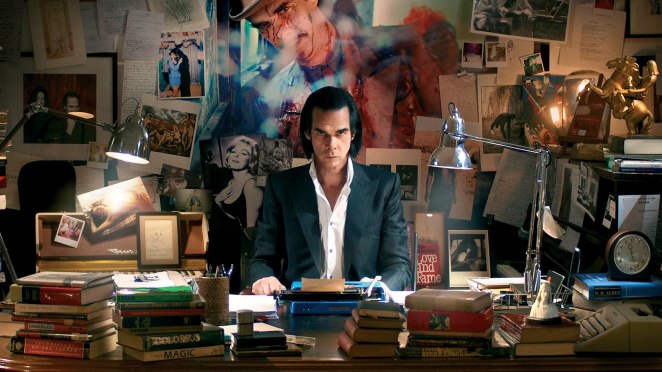 Reality and fiction come together in 20,000 Days on Earth to create a fascinating hybrid film documentary.

Shaped around a day in the life of the 56-year-old Australian rock poet Nick Cave, this film it’s not just a screen biography but it’s a reflection on an artist’s creative spirit, examining “what makes us who we are”.

END_OF_DOCUMENT_TOKEN_TO_BE_REPLACED

A ground-breaking and uncompromising documentary that sings into life the stories of a group of Indigenous Australians inmates and shatters preconceptions with grace, empathy and humour.

“Is this your first time at the Berrimah Hilton? Prepare to be amazed. Checking in is all too easy.” – Phil

The “Berrimah Hilton” was Northern Territory largest correctional facility. Built in 1979, the prison was supposed to house up to 110 inmates, but before being decommissioned at the end of 2014 that number had risen to about 800. Of those, 80% were Indigenous people.

The incarceration rate of Indigenous Australians is a tough and confronting topic and one that the general public often shies away from. But what we forget whenever we avoid confrontation with such overwhelming evidence are the stories and the lives behind the data. Kelrick Martin’s new TV documentary Prison Songs shows the faces behind the statistics, giving them centre stage and letting nine inmates sing their story in their own voice.

END_OF_DOCUMENT_TOKEN_TO_BE_REPLACED

Thousands of photo negatives have been brought back to life a brilliant unknown talent, a mysterious nanny, an incredible photographer, people, cities, children, homeless.

What John Maloof discovered was an undeveloped photo negatives box, picked up at an auction for a modest payment. Maloof didn’t know that those photo negatives hid some stunning images taken on the streets of New York and Chicago from the 1950s to the present. All those photographies were never shown to anyone in the photographer’s lifetime until Maloof finally developed, catalogued and published them. He then decided to find out more about the unknown artist who has been compared with Henri Cartier-Bresson and Diane Arbus. Maloof and Siskel decided to transform in a film the research they have conducted on Vivian Maier’s photo negatives, trying to discover her life and her secrets.